This will be short, because I’m exhausted.

Here’s what I didn’t do this month:

Here’s what I did do this month: wrote 50,000+ words of a book, winning this lovely banner from the National Novel Writing Month folks (thank you!):

Said book is messy, an amalgam of two different stories. Another writer in my writer's group had hers turn into two different stories she needs to split. That happens to all stories, but the fact that we wrote them enough to know now rather than six months from now is a giant head start.

I'm also not done. The book's going to be closer to 85,000 words, which I'm hoping to finish by Christmas.

No, I'm sure I'll finish by Christmas. Because I'm all about finishing stuff these days. I got my 30 days of blogging done last month, and now my NaNo win, I'm on a roll. This is a much nicer way to end the year than focusing on the nine months prior when it felt like I finished absolutely nothing. 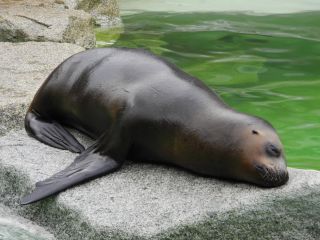 This is how it happens (from  "5 ways to finish what you start"):

WHY WE ABANDON PROJECTS
Starting a new project is like falling in love. It’s exciting, emotionally arousing, infused with the natural motivator of novelty. Perhaps we even get obsessive about this new activity. We imagine it as “all good” and don’t pay much attention to potential obstacles, negatives, or challenges we may soon face.
Then, after some time goes by, the activity or book or lessons (or relationships) turn into harder work than we expected. It takes longer to complete than we’d hoped, or there’s some tedium and drudgery involved. We realize we aren’t sure about the next step. Stuck, we grind to a halt.
Not that we recognize that we’ve essentially quit trying. No, we just put off the “getting back to it” until such time as we imagine it will be effortless again. This sort ofprocrastination may or may not be fueled by perfectionism and the fear that the next steps may not be excellent enough.
Regardless, some ways of thinking frequently, almost inevitably, stop you in your tracks. There’s a block, a wall, a fear that’s getting in the way.
Laziness may be one small piece of the problem, but few of us are lazy when it comes to doing what we love, what’s easy, and what’s intrinsically rewarding.

Ok. So if this is all true, I will get back to baking pies, and reading, sports, sleep and chatting more with family soon enough, because I love all that. And yes, I'll exercise even thought I don't love that.

But in the mean time I also have a book I wrote, early in the morning and late at night and whenever I could manage in between. I can't do everything at the same time, but I can do everything in waves.

Posted by Shoot For The Stars Foundation at 8:18 PM No comments:

Getting vaccinations into my adolescent kids has never been never been easy. Maybe not as hard as when they hid under the pediatrician's desk when they were littler, but hard in its own way involving power struggles, freakouts, angry outbursts and an occasional "I'd rather not, can I refuse?" Earlier this month I was reminded by my foster son refusing a meningitis shot by flailing his elbows and begging for the flumist nasal spray instead of the injection; bribes produced a urine sample but no vaccination. A few days later I brought my fourteen year old daughter in for her sports physical and the pediatrician relived the day her older sister cowered in a corner, saying "we're not going to go through that kind of thing, are we?"

No, we weren't, but my girl Lizzie was not happy and eagerly accepted a handhold. This reminded me of how touch-desperate I was during childbirth, and how much pressure on my back relieved pain. I gripped one hand while he rubbed the heel of the other into my back for hours during labor, refusing to let him leave for a bathroom break unless he trained a replacement first; both of us had bruises the next day where we'd been connected. They've done research on how adults perceive pain when getting their hand held  and find less pain is felt when in the presence of a trusted partner.  And I wanted her to get the immune protection of the vaccine so I squeezed her hand while offering bribes for the ride home. She chose a caramel latte from Dunkin Donuts, well worth the protection I believe the shot offered.

That night I read in Real Simple about the immune bolstering effects of hugs and how they help cold and flu, In fact, loneliness and lack of perceived support can limit the immune response to the flu vaccine. My massage therapist calls that skin hunger, and boy do I crave massage.


I told Lizzie she needed four hugs a day for her health. How could I put her through the stress of vaccines and not back that belief up with 1 or 2 minutes of hugging her a day? Much to my shock, she opened her arms wide.

Now here's where it gets interesting.

Since then Lizzie has continued to come up and wrap her arms around me for a hug, above and beyond when I approach her. And I've learned with chagrin that my go-to hug as a mother has become a short, hard squeeze, sometimes a with a back pat, often with a nice couple of words ("love you") or a kiss on the hair but without any sort of responsiveness to the child, and no variation. They give in, they may even get something from that kind of hug, but it doesn't have a lot to do with them. It's something I do to say hello, or good-bye, or hang in there. Maybe they feel good on occasion but they also communicate angst. Something like "I missed you. I worried about you. I'm glad you're back. Be careful, okay?"

These hugs with Lizzie--on the distant other hand--are warm and relaxed. She kind of melts into them, maybe listens to my heartbeat or turns her face into my neck for a couple breaths of security. Then she smiles and walks away.

So on a day I was buzzing with tension I tried this melting-into-you thing with my husband. I put my arms up and he smiled because I never do that. Then he pulled me into a hug so devastatingly safe and welcoming that I choked up and closed my eyes and let him rock me a little side-to-side.

Have you been hugged like that recently? It's so...everything. My petty worries slipped and stayed away. I felt bubble-wrapped with acceptance and love for the rest of the day.

Well, actually the effect lasted about three hours, which is probably why you need at least four a day. So I found another one of my kids and hugged him the way Mark had hugged me, slow and deep. He grunted and made uncomfortable sounds so I took pity and pulled away, only to find he was still gripping me, tightly. I held him tightly back--a port-in-the-storm kind of embrace--until I felt him release.

Yup, he was teary, and I felt invincible.

Although they're different with every person, hugging seems to be the human superpower.

Have fun saving others while you also save yourself.

Posted by Shoot For The Stars Foundation at 4:13 PM No comments: