Where Is The Love in Hookups?

One story that I'm writing is about a woman in her 20's who would like to find a boyfriend and every time I use the word "date" within the story I know I'm, well, dating myself.

Because people in their 20's don't date.

I know this because I have kids in their 20's and I've yet to witness them borrowing a car, using their own or getting picked up for a one-on-one, honest-to-goodness, dinner-and-a-movie kind of date. Ever.

They do sometimes end up with a boyfriend or girlfriend anyway. They meet when hanging out together with friends, or at school, and then they hang out some more, either with friends or at home with family. My daughter who is 25 does go out to dinner with her long-time boyfriend alone at least once a month. Another dozen times or so, they go out with friends. That's as good as it gets.

In a New York Times Style section feature entitled "The End of Courtship?" this month they make note that on "The Girls" on HBO, one of the main characters asks the guy she's sleeping with whether being a "main hang" was the same as dating. 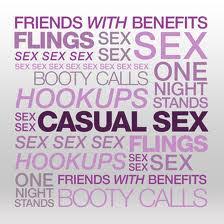 Probably not, but I understand the confusion. If they've never really witnessed real dating, how can they see what they're doing in comparison?

There I go again, using the phrase "real dating" like it's superior. In a conversation with one of my sons a couple of weeks ago he told me how much better he thought things were now. With texting you could be flirty (not the word he'd choose) and casual at the same time, and keep things low-key.

In other words, there's no real gain, but there's no pain either. No one is risking real rejection because nothing real is ever offered. The Times article refers to this as "putting a line in the water and hoping for a nibble." 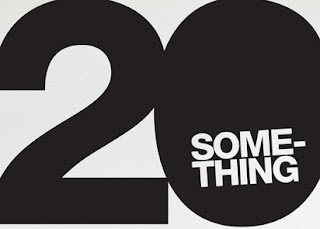 Way back when, I explained to my son, spending time alone with one other person was important. Relationships were important. Love was important. His face nearly split in half from the agony of even listening to such words.

His take: with no desire to marry before his thirties, what is the need for such things now?

This seems to be the prevailing mindset of guys (doesn't "men" seem not quite to fit?) in their twenties especially, who are so averse to being seen as potentially "serious" about a girl that they will risk never seeing someone again over being seen by her as a potential mate.

I asked how he expected to be in any emotional shape at all to marry in his thirties if he hadn't spent his twenties learning all the intricacies of intimate relationships. Outside of the bedroom. And here's where we got to the heart of the matter.

Despite its risks, casual sex, always an option for men and now for women too, is now the default relationship option for young adults in the form of hookups, with the main alternative hanging out in large groups, drinking. Not that they all have hookups. The average number during college for a graduating senior is 7. For people in their 20's, about 7 a year. Along with a handful of online dating efforts, most of which involve meeting for coffee or a drink, it can be years between dinner-dates.

Most of that time they're alone.

The alternatives of "dating," casually without the option of sex, or of being in a long-term relationship, are both relatively uncommon. Both my daughters have tried, and one has a great and devoted boyfriend. Neither of my sons sees the point. None have friends who were engaged or married until this past year, when there were a total of two. 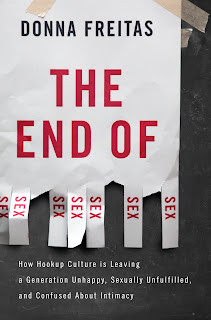 The hook-up culture in colleges, fueled by texting, has left a generation or two of young people  who have started interactions with people they are attracted to first with Facebook stalking, then a text about meeting up at a party, then with alcohol, and then with sex (all possibly within a few hours or days), without a logical next step.


"Many students today have never been on a traditional date, says Donna Freitas, who has taught religion and gender studies at Boston University and Hofstra and is the author of the forthcoming book, "The End of Sex: How Hookup Culture is Leaving a Generation Unhappy, Sexually Unfulfilled, and Confused About Intimacy." (NYT 1/13/13)

Well, because as Freitas point out, following this pattern a dozen or a hundred times can leave you unhappy, sexually unfulfilled and confused about intimacy.

In an essay on the delights of discovering, late in one's twenties, how nice it is for someone to put effort into spending time with you Tracy Clark-Flory's "Who needs casual sex!" says she got her first flowers. But she still defends hookup culture as a right of every willing participant, but also finds it a rite of passage she's outgrowing. Describing her first "date" after years of hookups that sometimes led to longer relationships but mostly didn't, she was freaked out beforehand.

The stakes were higher.

In the end the payoff might be too, not only with a more satisfying relationship than one that starts with sex and attempts to go backwards to "Wanna see a movie?" but also, ironically, better sex.

For women, hookup sex isn't that great. In a study of 13,000 women hooking up in college, they only had an orgasm 11% of the time, compared to 95% of the men involved. This number, for women, rises to 67% in long-term relationship sexual encounters. The difference? Care and affection from a partner and good sexual technique tailored to the individual sexual needs of the woman, all much less likely in a hookup. A common male attitude towards whether a woman has an orgasm during a first-time hookup? "I don't really care."

How do you get from there to the epic sacrifices and pleasures of real love?


How do you get to even the ordinary satisfactions and complexities of two people loving each other enough to marry and pledge themselves to each other's well-being for the rest of their lives, along with that of any children who follow.

Even though they're doing adult-looking things and growing up during wartime, my kids' path to real adult lives and responsibilities seems to be longer and in slower motion than any generation before them.

With a lot of dead ends.

Posted by Shoot For The Stars Foundation at 2:42 PM 2 comments: 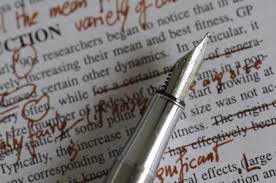 I've been trying for a few years now to be a better writer. Though I've written reports and articles and manuals and emails all my life, those are things people have to read.

Writing something anyone wants to read is a whole other continent.

To be honest, the concussions have slowed me down. They’ve thrown up walls I am sometimes unable to climb. Often I feel the problems I'm having in grasping the million mini-skills of writing fiction are insurmountable and I won’t ever be any good. 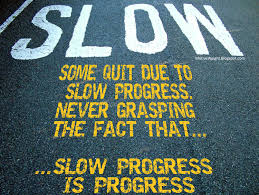 Any effort that has the potential to improve my skill by 5% is worthwhile.

It’s a funny thing, but this has gotten me through every crisis of confidence (or ineptitude) that I’ve faced. Even if it’s extraordinarily difficult, and I’m guaranteed to fail, if in the process my skill has even the potential to improve by 5% then it’s worthwhile and I find a way to finish the attempt.

I don’t have an end goal of “publish this” or “achieve that.” Those kinds of goals work for some people, but not me. 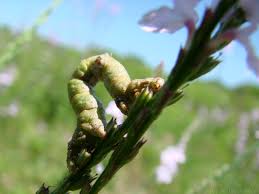 For them, it’s setting a goal and then working one way and another towards it. Satisfaction comes when after many attempts the goal is reached.

I don't know what my ultimate goals is, and I want satisfaction from the attempts. I need a different approach. This works for me--inching my way toward "better."

It is remarkable how far I have come in this way, because of the volume of my attempts.

Spending a day at the library reading books on writing? 5%
Joining a writer’s group in New Haven? 5%
Attending a monthly writers conference? 5%
Taking a class on story structure? 5%
Consultation with a story doctor online in a forum? 5%
Finding a critique partner? 5%
Reading a book on self-editing and applying it with an editor's help? 5%
Doing National Novel Writers Month for past two years? 5% x 2 = 10%  :)
Getting a mentor? 5%
Writing every freaking day? 5%

If I did just one, I wouldn’t get much better, but doing many? The progress, though not a straight line forward (remember, it’s just the potential—some things actually make me a worse writer, some make me 20% better or more) is indisputable.

I am far better at writing fiction this year than last, and last year than the year before.

If you can labor toward something you care about with no more of a guarantee that the effort might get you 5% closer, then do it over and over again, in every imaginable way. It’s like a magnifying glass—suddenly you’re 50% closer.

I have tried and found this to work in other areas of my life too. 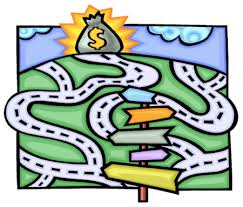 Rather than making strict financial goals (which I can never seem to formulate right or achieve fully), I simply do a dozen or more things that have the potential to make my financial stability 5% better, and voilà  I have a saving account and lower debt.

If I want to lose weight, I do a dozen things that have the potential for getting me 5% closer to being a comfortable size. 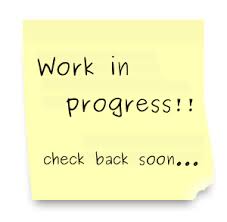 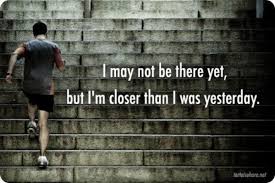 Now those of you math majors out there will realize I will never, in theory, get to any specific goal  by incremental 5% change. Always moving at a small rate of change rate means the changes at the beginning have far more impact than later changes, which over time might be almost indecipherable to other people.

If you are athletic and your body is strong, then doing something to make it a pinch stronger or more flexible is likely only going to be noticeable to you.

Does that make it any less worthwhile? 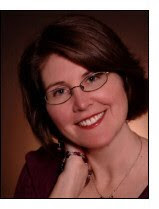 I tend to take online classes two at a time, if I can manage it. See my strategy in action? And in one I took in November/December I met an author, Melissa McClone, who has published 25 books and counting.

Why does she take a writing class if she has published 25 books and people who read them are happy?

She says she's always trying to get a little bit better. I find that inspirational. 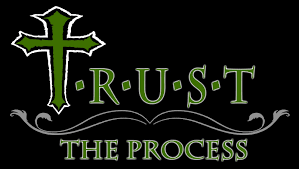 She's helping me with my writing. I'm betting it will cover my 5% by a long shot.

The absolutely best part is that learning to do something you might have aptitude for but not skill is brutal. Humiliating. Ego-cracking. And that's just the mental process.

I know someone in her fifties who is doing a tough mudder/warrior dash in March. She looks half-human some days, her body is so beat up by her training regime. But she smiles. I may not see it, maybe she doesn't either, but she's getting there.


Posted by Shoot For The Stars Foundation at 7:34 AM 2 comments: