I'm now in my sixth month of recovery from my most recent concussion in May 2012 , which is deeply into what is called persistent post-concussive syndrome (PPCS) and not pleasant territory.

For those who haven't read my other posts on this, my recovery is complicated by two prior concussions in January 2009 and June 2010; and my age, now 48.  While the symptoms of my first concussion (a fall on a boat ramp to the back of my head where I briefly lost consciousness) faded to almost nothing after a year, they were "revived" when I had another concussion six months later.

I did not recover fully from the second concussion (a kick to the front of my head, a bang to back of it as I hit a wall), and though I returned to work after 10 weeks I had to make a lot of modifications to how I worked.  The most persistent problems were:


They were worse when I was tired, and I was more sensitive to stress (would lose appetite, get more socially withdrawn) than I had been before, when I had a damned robust imperviousness to stress that allowed me to survive and thrive working psychiatric inpatient units for fifteen years.  I was quieter, but since few people minded :) it was mostly me who noticed these problems.


I focused on caring for my body, which already had back problems to manage most days.  My neck pain responded well to physical therapy.  I slowed down to be more competent at what I was doing.  Working at a high speed on multiple projects and problems simultaneously was no longer possible so I didn't try, and I started new projects (teaching, training, program development) that I could do in my office instead of on the units all the time.  I lost track of what I was thinking/saying  sometimes but lots of people do.  I was managing.  I began writing again, because I could do it in quiet, and that's how I worked best;  I could also edit out my mistakes if I took the time to write and re-write (even something like this blog post) over a week or two.  The headaches went down to every few days.  I let go of who I was before, as we all do as we age anyway. I found ways to be productive, slowed down the most by the secondary problem of insomnia. My internal sleep clock had been re-set somehow, and I was up by 3:00 almost every night. I read a lot rather than toss or turn.  The lack of sleep worsened the cognitive problems but I got good at covering for them, anticipating them, not overreaching.

With my third concussion (an assault, fall to the back and top of my head) the pattern continued, with the problems that were background-issues from before were again revived, with more added on:  nausea, dizziness and some balance problems.  These new "somatic" symptoms have all resolved, but the same problems I had from the second concussion are just not going away.  The first neurologist I saw was very nice but said there is no "treatment" for concussion and therefore he would just do periodic consults--he suggested I get treatment from a rehab center, like Easter Seals.  The second neurologist said I needed new neuropsych testing.

The testing was difficult, and the results hard to hear.  The psychologist said my core verbal and visual cognitive abilities are still there but hard for me to access because my focus/attention/mental effort were all impaired and my processing speed very slow.  And, she wondered if I had tried hard enough to get the best results.  There was a lot of variability (I could do some hard tasks on one day, and not an easier one on another day) which brought up the issue of whether I was malingering, which is trying to look impaired when you're not (or trying to look worse than you are).

This was a hard hit for me.  For someone whose pride and self-image comes from not only being intelligent but being a hard worker, in the hard field of child protective services and mental health treatment, taking on more, toughing out pain and loving every challenge thrown my way, to have my integrity questioned was kind of brutal.  Though nothing was "conclusive" and there were interesting patterns in the test data that could have been explained by the concussion and the cognitive symptoms I was having, the results were reinforced by the statements of my treating neurologist, both before and after the testing, that I "shouldn't" be having nearly the level of problems that I do.

Now he's a tough guy himself.  He tells me he sleeps 3-4 hours a night so what's the problem?  He also seems fixated on the numbers of teenagers their office assesses for concussion, all of whom seem to have their symptoms resolved within 3-6 months, often sooner.  He talks often of "spearing" injuries from helmets and "head plants" and "falls from high bars."  Makes you wonder why the heck I have my kids playing organized sports, for sure.  Also, it seems there is something suspicious about my lingering symptoms fall into two categories, somatic and cognitive.  The somatic were worse at the onset of each concussion, with the cognitive symptoms worse later, but I still have some somatic problems (headache, noise/sound sensitivity) and most people have only one or the other, not sure why.  One article (on teens) explains it:
Adolescent Concussion types.  There is also a link on the Beth Israel site that explains the cognitive, somatic, and emotional (3 types) of post-concussive symptoms.  It's true.  I have both and that's unusual, and unusual is suspicious.

So here we are this week in the Tough Guy doctor's office, and he says maybe I'm interfering with my own recovery in some way and I've dragged my husband with me to help me with the back-and-forth about why I'm not doing better and what is wrong with me.  I say I'm a psychologist, I understand about psychological factors interfering with recovery but it really doesn't feel that way and he says it never does and I'm feeling wretched and embarrassed and he's trying to get me to go somewhere else for treatment like Yale or Mayo Clinic and get out of his hair and I'm saying let me just go back to work if you don't think there's anything wrong with me and the doctor says fine, try it and then my husband says "WAIT!"

He then explains to the doctor that there's some battle of wills going on but what he's worried about, what he sees, is that I made a lot of mistakes and bad decisions and couldn't we possibly try some medication before we send me back into a work setting to make them there too? This seems to sway the guy's thinking and he hands over an Adderall script and says call him in two weeks and tell him if it helps, if not we'll try Paxil.

Now if you're a doctor maybe you know that sometimes after wrangling with a patient for a while sometimes you just give in and give them a script if they want one.  And maybe that's what happened.  But the end result was that I started Adderall XR (10 mg) on Saturday and it was fascinating. 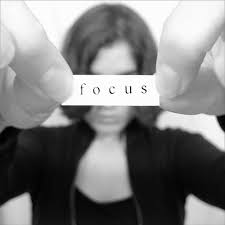 I was at a big scrapbooking event, and forgot pretty quickly that I had taken it before I left home.  As I sat there, aimlessly sifting through pictures, sorting, stacking, trying to find a pattern in them that would allow me to do something productive with them like glue them to the paper, I was irritated as usual by the chatter around me, the music, the lights, the movement.  Last month when I went I left and sat in my car for a while. This was a good alternative to tearing  off my neighbor's bloody bluetooth earpiece because it felt like she was shouting things I didn't understand right into my ear.  I got a headache.  I couldn't eat.  And I got absolutely nothing done, when I used to be able to do 12-20 scrapbook pages a day for the books I keep on my kids, my travels, and special events in our lives.

Exactly three hours after I took the Adderall I looked up and saw that I had within the past hour sorted all the pictures, taken small piles and made 4 pages in a flash.  The chatter from my next-seat mate was muted, like I had cotton in my ears, and my irritation with all those other distractions gone because I no longer noticed them.  My daughters were across from me and I attended to them but otherwise I was in "the zone."

It was blissful.  I realized how much I miss it.  That place where you can just block out everything you don't need to pay attention to and put all that observing brain power into what you do?  I haven't been there in almost 2-1/2 years and being there brought me such a sense of peace...like everything was going to be okay.  If I could have taken my neuropsych tests on Adderall I feel like I could have rocked it.  I was back! 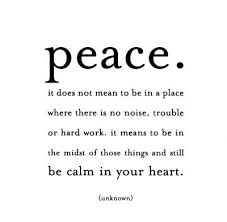 Sunday at home was much the same--calmer, more focused, not as distracted and bothered by every little stimulus around me.  For the first time in years I didn't glare at my husband when he wanted to put on the bedroom television because it wouldn't pull my attention from the reading I was doing.  I could block it out.  I realized how exhausting it was to try to do that, unsuccessfully, all day long.  It's why I have wanted to hole up in my room for the past six months--all that stimulation out there in the world is too much for me to process, especially if I'm trying to do something other than just take it in and react to it.

So, I looked up using Adderall for PPCS and it sounds like it typically does a pretty good job, though it's unclear why.  It makes depression better (though anxiety worse) and the cognitive symptoms of PPCS much better.  The article I link to above says Vyvanse does an even better job.  People who take it say 20mg is a typical long-term dose, but that it becomes less effective over time (you build tolerance to the amphetamine) and you'll want more to get this same effect.  Also, the side effects (insomnia, loss of appetite) are already problems for me, and while they haven't been worse yet, they might get there.

Sigh.  The neurologist has already said not to get used to it because he won't prescribe it to me for years, it's just a short-term experiment.  There's no evidence that you can get ADHD from concussions, nor that long-term ADHD medication is indicated.  And yet...that's sure how it feels.


Posted by Shoot For The Stars Foundation at 11:51 AM